about 500  for
Newsday
1980-2001
including editorial pages, Sunday magazine, and book reviews
(Note to Aussies: Newsday is the big Long Island NY newspaper whose office you see at the opening of the Crocodile Dundee movie)

The New York Times
The first big cartoons ever allowed on the front page of the flagship Sunday Week-In-Review section.
Lots of fish for the sports pages, so many that friends started introducing me at parties as
THE NEW YORK TIMES TROUTIST
One of the spookier coincidences involving my late WHB High School friend and collaborator Tom Conroy
was his inexplicable insistence that the style of painting we were doing in school (25 yrs earlier) should be known as
PERSONAL TROUTISM


ALSO
The Guardian
a series of editorial cartoons before, during and after the Iraq War 2003,
some of which can be seen at the
British Cartoon Archive
New York Daily News, a handful of illustrations for Sunday book review section ,
East Hampton Star caricaturist for Hampton Film Festival supplement, political cartoonist, typography consultant, 1970s to 1990s,
Willamette Bridge Portland Oregon underground paper, advertising art and design Fall 1970,
Gothic Blimp Works co-editor with Joe Schenkman for an indefinite period following publication of its final issue
and last but not least
RAT Subterranean News
staff cartoonist from Feb 1969, precipitated Witch coup of Jan 1970
​See also Part Three NEWSPAPERS (as publisher) below


Music
Polydor Records*
1969, ads for underground press
* "If you remember the 'sixties you weren't there" — not sure about this one

Labour Records
CD design for 'Civilization and Its Discontents'

Lincoln Center for the Peforming Arts

Awards & Publications
​
Mark Rothko
portrait introduces a chapter on Illustration in a venerable art history text,
A Guide to Drawing
by  Daniel Mendelowitz
(in the 4th edition 1988, and all four subsequent editions).
It serves to show that illustration and fine art are not as far apart as people think.
Rothko was previously in an annual national juried exhibition of the
Society of Illustrators (Illustrators 26)

Mr. Zappa
received the highest award given for any US or foreign newspaper illustration
in an annual juried exhibition of the
Society for News Design 9
(Client: WSJ, Leisure & Arts page)

John Brown, American Terrorist
was selected for the 2002 annual juried exhibition of
The Royal Society of Portrait Painters

Several caricatures, brief bio and artists statement are in
This Face You Got : The Art of the Illustrator
by Jim McMullan
(both editions), an anthology of work by prominent caricaturists.

St.-Martin's in the Fields Crypt Gallery
in the musical church on the northeast corner of Trafalgar Square
2005

Memberships
Professional Societies etc
(Australian current, US not so current)

"It’s just so nice to be around people, one, with passion, two, with knowledge, and  three,  just,
like, talkin’ to you about it, you know. It was really inspiring."
— "Directionless Dani" of Channel Five's short-lived reality series Candy Bar Girls, in an unrehearsed comment
after attending a figure drawing class taught by Van Howell.

and currently
Toowoomba Art Society
Serious Cartoons
every Monday afternoon at 1 Godsall Street
Be there or be square.

From 1971 to 2004, served as cartoonist, publisher, co-editor and/or contributor for
various crusading grassroots tabloids on Long Island NY.
starting with the

Moniebogue Press
in 1971-72
available through the National Library of Australia, see
http://catalogue.nla.gov.au/Record/3806920 .

This was followed by
The East End Independent
in 1974,
edited by the famous muckraker Karl Grossman.

In 1976-77, edited
Chain Reaction,
laying foundations for the most successful anti-nuke campaign in the US;
offered a brief history of Green Bans, spearheaded by Aussie construction unions,
in stark contrast to weak, corrupt NY hardhat union leaders attacking environmentalists.
In the following years, rank and file Shoreham construction workers' informal whistleblowing,
and their speaking with neighbors and relatives about design flaws,
were a major factor in the eventual closure of the Shoreham Nuclear Power Station.

Investigative reporter for
The Long Island Foghorn
noted for exposés of Mafia influence on both major political parties and business coalitions.
1987-1994

Cartoons
(some of them originally drawn for those aforementioned little newspapers)
played a fairly significant role in a number of labor, peace and environment campaigns, locally and nationally.

include a Viewpoints piece for Newsday in the wake of the Exxon Valdez disaster
(picked up by the Los Angeles Times Syndicate),

and a 1990 eco-manifesto in the Asbury Park Press 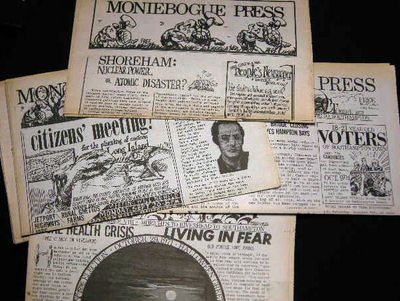 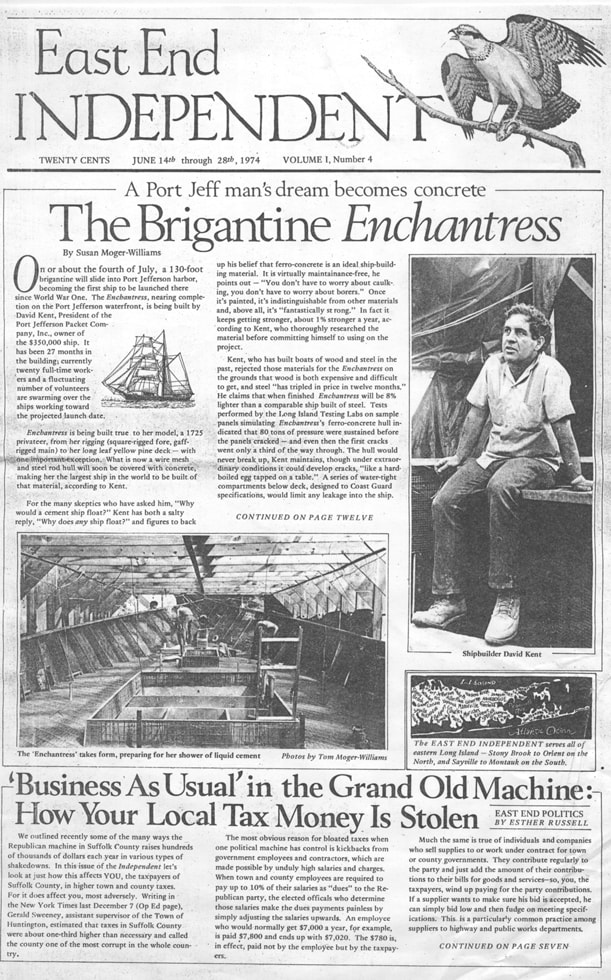 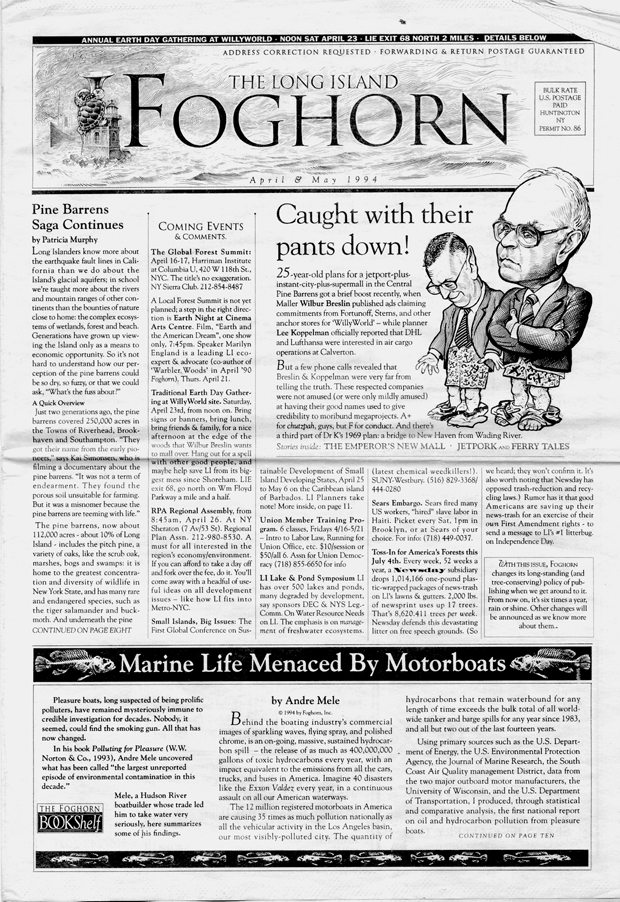